skip to main | skip to sidebar

Rick Fedrizzi to Keynote Annual Conference on the Adirondacks 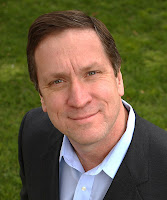 Rick Fedrizzi, President and CEO of the U.S. Green Building Council (USGBC) in Washington, DC, will keynote the 19th Annual Conference on the Adirondacks in Lake Placid this May 16th and 17th, 2012.

Rick was appointed President & CEO of the rapidly growing organization in April 2004. Under his leadership, USGBC has undertaken a far-reaching agenda that has tripled its membership, broadened its influence, and cemented its role as a leadership voice in the global sustainability movement.

A cornerstone of that agenda has been USGBC's internationally recognized LEED green building certification program. The growth of LEED has led to more than 151,000 individuals earning either the LEED AP or LEED Green Associate professional credential.

The Washington, D.C.-based U.S. Green Building Council (USGBC) is a 501 c3 non-profit organization committed to a prosperous and sustainable future for our nation through cost-efficient and energy-saving green buildings.With a community comprising 78 local affiliates, nearly 16,000 member companies and organizations, and more than 170,000 LEED Professional Credential holders, USGBC is the driving force of an industry that is projected to contribute $554 billion to the U.S. gross domestic product from 2009-2013. USGBC leads an unlikely diverse constituency of builders and environmentalists, corporations and nonprofit organizations, elected officials and concerned citizens, and teachers and students. Buildings in the United States are responsible for 39% of CO2 emissions, 40% of energy consumption, 13% water consumption and 15% of GDP per year, making green building a source of significant economic and environmental opportunity. Greater building efficiency can meet 85% of future U.S. demand for energy, and a national commitment to green building has the potential to generate 2.5 million American jobs.

Information on the 19th Annual Conference on the Adirondacks can be found at www.adkresearch.org.