skip to main | skip to sidebar

Over the past decade, environmental practitioners have increasingly recognized the importance of communicating their research, expertise and goals to lay audiences.  But in many areas, particularly in the world’s most vulnerable regions, these efforts have done little to change behavior. Practitioners often look to solve this problem by focusing on the complicated forces they see blocking environmentally positive behavior changes – a lack of education, for instance, or perverse economic motivators.  But what if the problem is more foundational?  Stephanie Hanes, a Pulitzer Center on Crisis Reporting grantee and reporter on conservation in Africa, argues that undercutting many environmental efforts is a disconnect that stems from the earliest stages of conceiving and articulating problematics; a clash of world narratives that leads to lackluster results at best, and at worst results in exacerbated violence to the land and those who live on it. 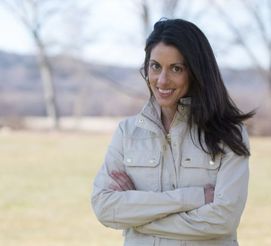 Stephanie Hanes, Yale College ’00 (ES), is a regular correspondent for The Christian Science Monitor and an award-winning journalist whose stories have appeared in The Washington Post, USA Today, The Baltimore Sun, Smithsonian, and PBS NewsHour. Her work has been supported by the Pulitzer Center on Crisis Reporting and by a fellowship from the Alicia Patterson Foundation. Her first book, White Man’s Game: Saving Animals, Rebuilding Eden and Other Myths of Conservation in Africa, came out in 2017. She teaches the Sharp Journalism Seminar at the College of William and Mary, another partner of the Pulitzer Center’s Campus Consortium network, and lives in Western Massachusetts.
The 2019 Annual Conference on the Adirondacks is May 22-23, 2019 at the Lake Placid Conference Center.  Stephanie's keynote is scheduled for Wednesday May 22 at 8:45,  Complete program and registration will be available shortly.
Posted by Dan Fitts at 2:11 PM